Our response to COVID-19
The most common Bike Accidents 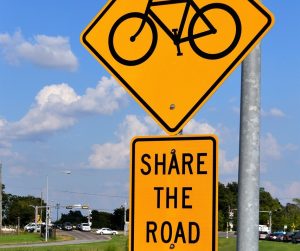 The last data published by the NHTSA says that in 2016, there were a total of 840 cyclists killed in motor vehicle crashes in the United States which represents an increase from 815 in 2015. The cyclists’ death accounted 2.2% of all motor vehicle traffic fatalities.

Chicago with a total of almost 3 million resident population, has one of the highest percentage of total traffic fatalities 4.1%. Most of the bike accidents occur in urban areas and from the total a 55% in intersections

There are different types of bike accidents that you should be aware of:

This type of accidents occur when a person in a motor vehicle opens the door without looking the rear-mirror to make sure nobody approaches.

Chicago is one of the cities in the nation that has a law against this type of action. According to the Municipal Code of Chicago:

This is the most common way to get injured. The accident occurs when the cyclist goes through an intersection at the same time a car that pulls out from the right side of the cyclist. The car driver does not look closely and pulls out. Make sure you are visible to cars, especially at night; and if necessary STOP.

A car coming towards you turns left into your path. Cyclists should slow down in intersections, and make themselves visible by using headlights and wearing light, bright clothing, even during the day. Also, don’t speed through an intersection during a yellow light. Be a defensive driver — be aware of cars and try to make eye contact with drivers, to ensure they are aware of you. If you can’t make eye contact, shout if necessary.

A car passes you while trying to make a right turn, cutting you off.

Never pass a car on the right as you approach an intersection. The driver may be turning right without signaling and could cut you off or even hit you. Always make sure the driver is going straight before trying to pass on the right.

Cyclist’s and a Driver’s Duty of Care:

The purpose of a duty of care is to hold an individual accountable to act with reasonable care while performing any acts that could foreseeably harm other. The operators of any kind of vehicle, whether a bike or a car, must proceed with care, follow the law, and adjust for changing road conditions.

Cyclists and drivers may have similar duties of care, but there are some important differences.

Illinois has passed several laws that aim to protect cyclists. Breaking these laws can result in a fine. But more importantly, breaking road safety rules is usually considered as evidence of a failure to exercise the duty of ordinary care.

A court might hold a driver liable for an accident if he or she:

On the other hand, a bicyclist might be at fault if he or she: