Our response to COVID-19
Personal Injuries on Chicago City Property 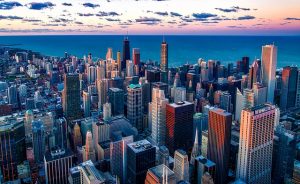 If you’ve been injured anywhere on Chicago city public property, you may be considering a lawsuit. Suing the government in Illinois isn’t easy and comes with a whole set of rules and limitations.

The process can be quite complicated. Before bringing any lawsuit, you may want to consider seeking a personal injury lawyer.

What is the law?

Like other states across the country, the State of Illinois have what is called “sovereign immunity”; which is a judicial doctrine that prevents the government or its political subdivisions, departments, and agencies from being sued without its consent. It’s so much harder to bring a civil lawsuit against the government, except in particular conditions.

Despite the immunity, governments, including Chicago’s and Illinois’, do actually allow personal injury lawsuits against them as long as a prior Notice of Claim has been filed within a defined time period and that it contains all relevant information about your injury.

Determining who is responsible for your accident is the first hurdle. The short answer is, anywhere maintained by the city is city property; such as:

The city must not act negligently or unreasonably. But there are times when they simply shouldn’t act recklessly. It will really depend on where the accident occurred and what duty of care the city owes you. Speaking to an attorney can help clarify this for you.

There are several reasons you may want to file a claim or lawsuit. The most common type of claim against the City of Chicago is a slip and fall claim. Some other types of injuries include:

What are the restrictions against suing the City of Chicago?

There’s quite a few. For example, there’s a damages cap on how much you can recover for your injuries. The maximum amount is $100,000 regardless of how much you are claiming. Your injuries can total over 1 million dollars and it won’t matter. The amount is set by law.

Statue of Limitations, to sue the City of Chicago you only have 1 year from the date of your injury to send a notice to the Court of Claims. Otherwise, your case will be dismissed.

Another important point; you’ll only be able to recover money to compensate you for your injuries. You can’t sue for punitive damages. Local governmental entities are immune from punitive damages under the Tort Immunity Act.

Make Sure You Use an Attorney When Suing the Government

A personal injury lawyer can help you prepare a Notice of Claim, advise you about time limits and documentation and work through the evidence you have available which can prove that you were injured and try to get you the compensation you deserve. The Romaker Law Firm has a proven success in Personal Injury cases, let us fight for you. Call us (312) 377-7000 for a free initial consultation.