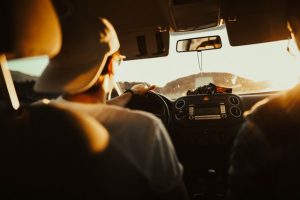 The leading cause of death for teenagers in the United States are car accidents; teens are more likely to get into car crashes than adults. Every year, thousands of teens lose their lives in car accidents, and nearly 300,000 over the nation are treated in the ER from injuries related to car crashes, according to the CDC. Teenagers and young adults make a total of a 14% of the national population, but represent a 28 to 30% of the total car crash fatalities.

Among teen drivers, those at especially high risk for motor vehicle crashes are:

Based on CDC data information**

Memorial Day Weekend is known as “the 100 deadliest days” for teens. It’s considered to be the unofficial start of the summer, where people all over the country will be celebrating with BBQs, cookouts, and alcohol.

The main reason for this spike is too much free time and too little driving experience making a perfect cocktail for disaster.

According to the U.S. Department of Health and Human Services, an estimated 5.8% of teens ages 16 and 17, and 15.1% of 18 to 20 year olds reported driving under the influence of alcohol in 2010. The U.S. Department of Transportation found that a total of 3,115 teens ages 13-19 died in motor vehicle crashes that year, and about 2 out of 3 fatalities were males.

Factors that can lead to a car crash

Teens have the lowest rate of seat belt among any age group. Failing to use the seat belt can lead into a more severe injuries and a higher rate of fatalities when a car crashes.

Teens are drinking at younger ages.

Impaired driving accounts for more than 16,000 deaths, one million injuries, and $45 billion in costs to society every year, according to the National Highway Traffic Safety Administration.

The last data collected shows that the number of teen driving deaths in Illinois last year was less than half of what it was almost a decade earlier.

In 2016, the number of teens between 16 to 19 years of age killed in car accidents was 76. This total represent a decrease of more than a 50% of deaths comparing to the data obtained in 2007.

In 2008, the Illinois Department of Transportation imposed the graduated driver licensing which seemed to be crucial in reducing the number of teen driving deaths. The graduate licenses restricts teens’ hours of night driving and the age for using cell phones while driving is raised from 18 to 19 years old.

It’s a fact that teenagers feel immortal. Entering the adulthood, the taste of new freedoms, such as driving, often doesn’t appreciate the reality that life is one and precious and that can be changed in a fraction of a second. This is one of the main reason why teenagers tend to act recklessly on the roads.

It is important that parents communicate with their children to make them aware of the risks while driving, please find a link that may help you as a parent on how to deal with your teen on the road: http://teendriving.aaa.com/IL/resources/

If you or a loved one has been involved in a car accident, please call The Romaker Law Firm for a free initial consultation. We have helped thousands of people to get the economical and physical recovery they deserve. Call now (312) 377-7000.