Our response to COVID-19
4th of July: Drinking & Driving 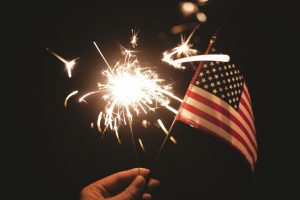 As Americans toast to Independence Day this Fourth of July, there’s another side to the celebrations they may want to avoid: death. Around 44 million (based on data from 2017) Americans are expected to travel by car on Independence Day Weekend, and there’s probably a barbeque awaiting at the end of their trips. Last 4th of July, Americans had around 75 million barbeques, grilled more than 150 million hot dogs and around 350 million pounds of chicken, and cracked 68 million cases of beer.

Reckless and negligent driving lead to unnecessary motor vehicle accidents resulting in severe injuries or even death. In 2012, the highest percentage of alcohol-related fatalities during 4th of July was a 50% of traffic deaths.

America’s Independence Day is about freedom. But freedom comes with responsibilities. When you get behind the wheel, you are not only responsible for your own safety, but also for the safety of those who ride with you and share the road with you. Safe driving begins with buckling up, being attentive, and never, ever getting behind the wheel if you have been drinking.