Our response to COVID-19
Assault Claims 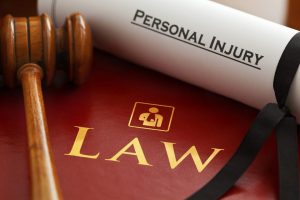 The majority of personal injury lawsuits are caused by accident like a slip and fall or a car crash. But, in some cases, the action that caused the harm was intentional rather than accidental. In the context of personal injury law, “assault” and “battery” are intentional torts that can form the basis of a lawsuit in civil court. In a typical case, the victim of an assault and/or battery sues the offender, seeking compensation for injuries and other damages stemming from the incident.

What’s the difference between “assault” and “battery”?

In a personal injury case, assault is usually defined as any intentional act that is meant to cause a “reasonable apprehension of imminent and harmful contact” that is, an action that made someone (the victim) expect that they were about to be hurt or, at least, touched in a harmful way by another (the offender).

The definition “battery” is that one person (the offender) make intentional and harmful offensive contact with another person (the victim).

An assault is the attempt to injure another person through threats or threatening behavior. It is viewed as an attempted battery, but is distinguished from an actual battery in that no contact is necessary for the assault. Wherein, in a case of “battery,” the prosecutor must prove that the defendant caused bodily harm to his victim. Illinois state law requires that for a charge of aggravated battery, the defendant must have used a firearm, or some other deadly weapon, or caused harm to a child or a law enforcement officer.

It’s important to note that the victim does not actually need to be physically harmed in order for a battery to take place under civil law. In most states, all that’s required is that the contact be offensive or inappropriate (to a reasonable person) and that the offender meant for it to take place.

When it comes to injuries, civil cases involving assault and battery can run the gamut of seriousness. Remember, no actual physical injury is required in most states, so lawsuits for assault and battery can vary widely in terms of damage awards. In cases where there was no harm done (or very little), filing a lawsuit may not always be worth it in the long run, even though an assault or battery may have technically taken place.

On the other hand, when an assault and battery incident requires hospitalization and extensive medical attention, a personal injury lawsuit may be the best way for the victim to get reimbursement for medical bills and compensation for things like pain and suffering.

Consent. A defendant might say that the victim agreed to the possibility of being hurt. This defense arises most often in intentional tort lawsuits in cases involving contact sports, paintball-style games, and similar activities. A plaintiff who files a lawsuit in these cases may have a hard time winning if he or she consented to certain physical contact — getting hit in a game of football, for example — even if the contact ended up causing harm.